THOMAS MEZZANOTTE
Thomas Mezzanotte has been exploring the potentials of the photographic medium for over 35 years. Educated at the University of Bridgeport. He became the director of the University’s  Carlson Gallery in the 1980’s. As a Connecticut Commission of the Arts Master Teaching Artist, he conducts workshops at schools across Connecticut and at universities across the country. His work has been exhitbited at many galleries and museums around the United States including NY University, the Santa Fe College of Art , The Elizabeth Leach Gallery in Portland, Oregon,  George Eastman House,  the John Stevenson Gallery in Chelsea, NY and at the William Benton Museum in Storrs, CT.

Mr. Mezzanotte has received numerous grants and awards including three individual artist grants from the state of CT and a Director’ Choice Award from the Edward S. Moore Foundation. He was a resident artist at the The Weir Farm in 2001, the Mcoll Center in Charlotte, North Carolina in 2005 and held the Dayton Artist Residency at Connecticut College in New London, Connecticut in 2007-2008. 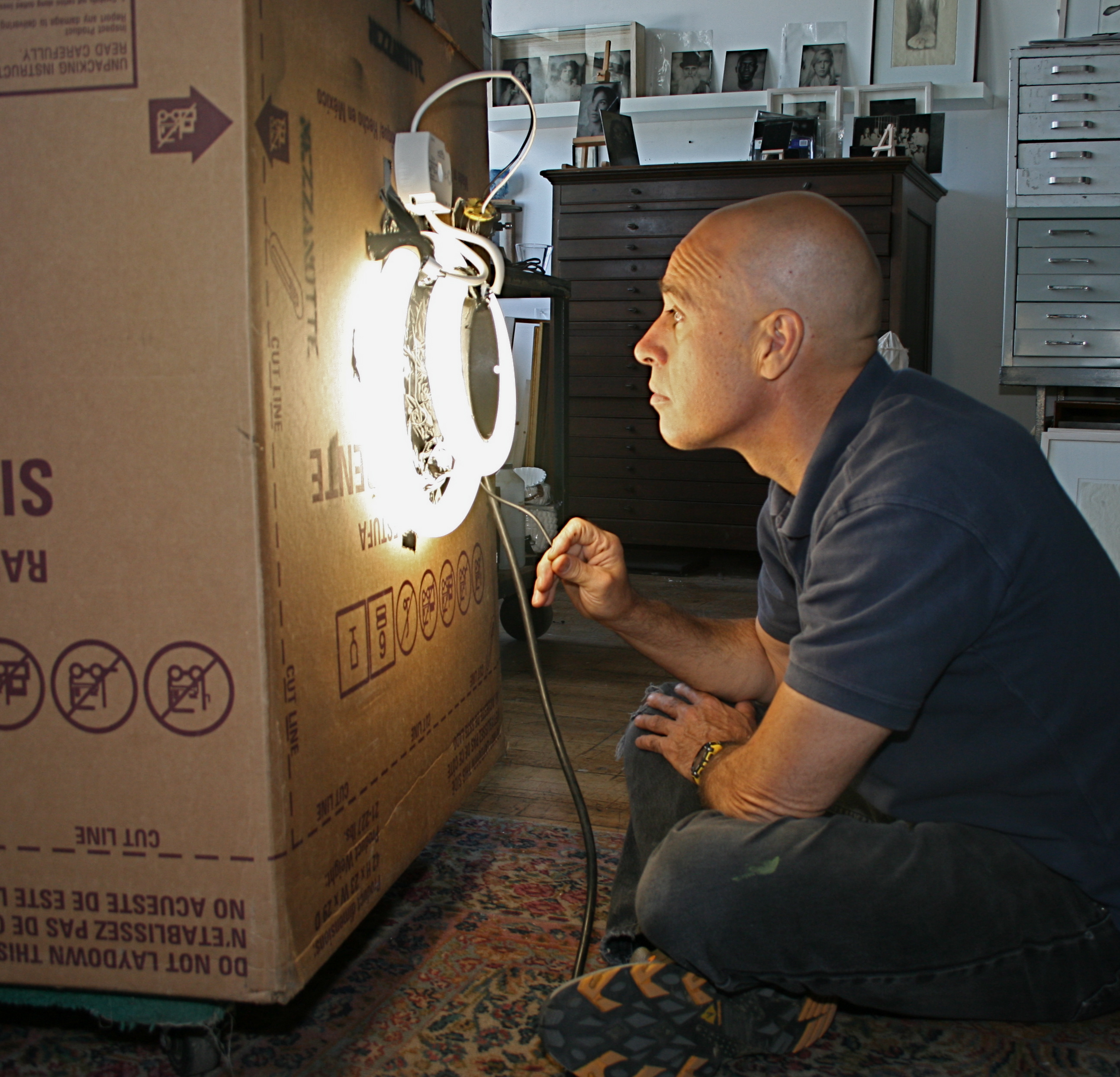 Shooting a self portrait with my 30 X 30 Cardboard Camera